As part of the technical assistance program for artists, the Philadelphia Folklore Project decided to hold a series of panels to address the issue of cultural appropriation in community artistic spaces. These panels feature cultural arts practitioners and teachers in music and dance (the most visible forms of appropriated culture) to share their thoughts, concerns, and ideas. Each successive panel approaches the topic from a different vantage point: Cultural Lineage, Teaching, Community Relationships, and Arts Organization Responsibility. This event is possible thanks to financial support from the Pennsylvania Council on the Arts, Urban Artistry, and the American Folklore Society.

The fourth and final panel, “Arts Organizations: Rethinking our Roles,” was held on August 5th, 2021, via Zoom and streamed over Facebook Live. To finish up this series, the panel focused on the role that various arts organizations play within folk and traditional arts communities. Topics included discussions on the power of terms used by folk art organizations, such as “authentic,” “folklife,” or “master artist,” and how cultural appropriation affects their organizations and affiliated artists. The five panelists represent various institutions across the country, chosen for their diversity of experience and areas of focus. They included: Junious “House” Brickhouse, an educator, choreographer, and cultural preservationist with over 30 years of experience in street dance, who also serves as the executive director of Urban Artistry; Cheryl T. Schiele, an arts administrator, musician, and living cultural heritage specialist from the National Endowment for the Arts (NEA); Dr. Bradley Hanson, a folklorist and ethnomusicologist serving as director of folklife for the Tennessee Arts Commission (TAC); and Amy Kitchener, the executive director and co-founder of the Alliance for California Traditional Arts (ACTA). Naomi Sturm-Wijesinghe, executive director of the Philadelphia Folklore Project (PFP), moderated the panel.

Each of these organizations aims to empower their artists as much as possible, and in their efforts to do so, language often comes up as a pivotal tool, since specific wording could be met with particular connotations or biases. Amy Kitchner of ACTA acknowledged that her organization actively avoids using the term “folk” by itself, due to the idea that folk implies a level of simplicity or amateur status, which is counterproductive to recognizing the virtuosity of their artists. In that same vein, many practitioners also choose not to define themselves as an “artist,” instead choosing to identify with their specific art or craft. Recognizing these nuances allows folk arts organizations to help their community partners better define themselves, which grants them greater agency in the public sphere.

Much of the difficulty that comes from trying to define the “folk arts” is the ever-changing nature of art itself. Cheryl Schiele from the NEA frequently brought up how terms often change over time, yet funding is tied to certain categories and their accompanying definitions. The NEA’s current definition of folk art reads as, “artistic practices rooted in or reflective of a cultural community,” which, as she points out, is not something that all folk traditions can easily fall under. For this reason, she emphasizes the importance of flexibility when defining what is and is not folk art and the need to recognize the role of terms like “traditional arts.” The language of art and that of financial bureaucracy are then not the same.

Bradley Hanson’s organization, TAC, brought this issue to attention when discussing their Master-Apprentice Program, begun in 2016. The difficulty in funding this program was finding language that would convince management to allocate the necessary resources, which could be tricky since TAC sought to fund organizations rather than individuals. Ultimately, the right language helped convince TAC, specifically the idea that the program would save “rare and endangered traditions,” then later that it would support immigrant communities. This simple, straightforward language also proved successful in convincing legislators to include folk and traditional arts in their budget.

During the discussion, Cheryl brought up the difficulty that comes with a practitioner’s status as a master or teacher outside of where the practices originated. An artist fit to teach in the United States, for example, might not be considered a master, or even skilled enough to teach within their community. This was a common concern for the other groups as well. Naomi Sturm-Wijesinghe specifically brought up examples of teaching artists who would only be considered students if they were practicing where the artform originated from. She believes that in some circumstances, instances of this are potentially problematic. It should be a concern of whether teaching artists are experienced enough to pass on the cultural lineage. Levels of mastery is something that artistic organizations should always consider.

Returning the conversation to cultural appropriation, Amy Kitchner described it as, “cultural transmission gone wrong—theft even.” Junious Brickhouse went as far as to say that cultural appropriation was a toxic element “omnipresent within our work,” which makes it crucial for artistic organizations to be cognizant of who can teach, what they are teaching, and how students are learning. As he stated, “There’s always a discussion of who can teach and who cannot.” This being said, cultural appropriation is rarely cut and dry, and it is sometimes difficult to distinguish from genuine practice. Even the community an artform comes from can be blurred. Junious brought up hip-hop dancing, how it exists in multiple communities, each with their own forms, codes, language, and styles. Hip-hop might have originated in the Bronx in New York, but it can be, and is, used in a plurality of other communities in a way that can articulate real life struggle and experience, making it hard to easily identify. Cultural appropriation is thus something that artistic communities and organizations must both be aware of and be in constant dialogue with one another to prevent, understand, and not mislabel.

For many disenfranchised or under-represented artists, folk arts programs and organizations can make a tremendous difference. They have the ability to not only foster cultural awareness and growth within communities but to enrich the lives and careers of artists. Yet there is a responsibility that comes from this line of work—to ensure that they are representing their artists correctly and not inadvertently damaging their practices. For as much as it may seem strange to outsiders, every term used to refer to a folk or traditional artist must be flexible, adapt to the needs of artists/practitioners and their partner organizations, and all parties involved must be in constant communication to ensure that partnerships are beneficial. 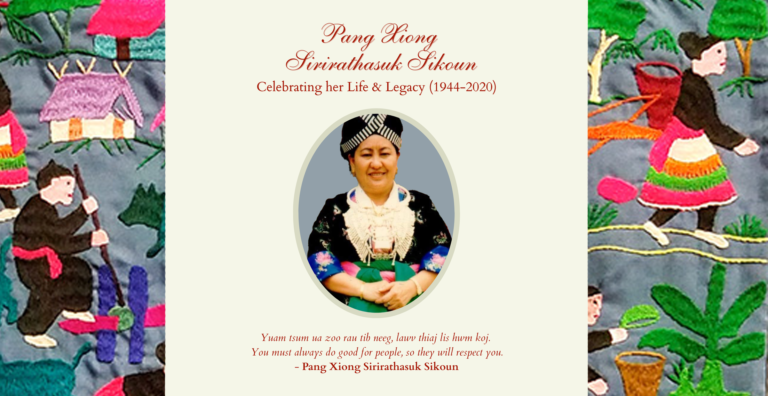