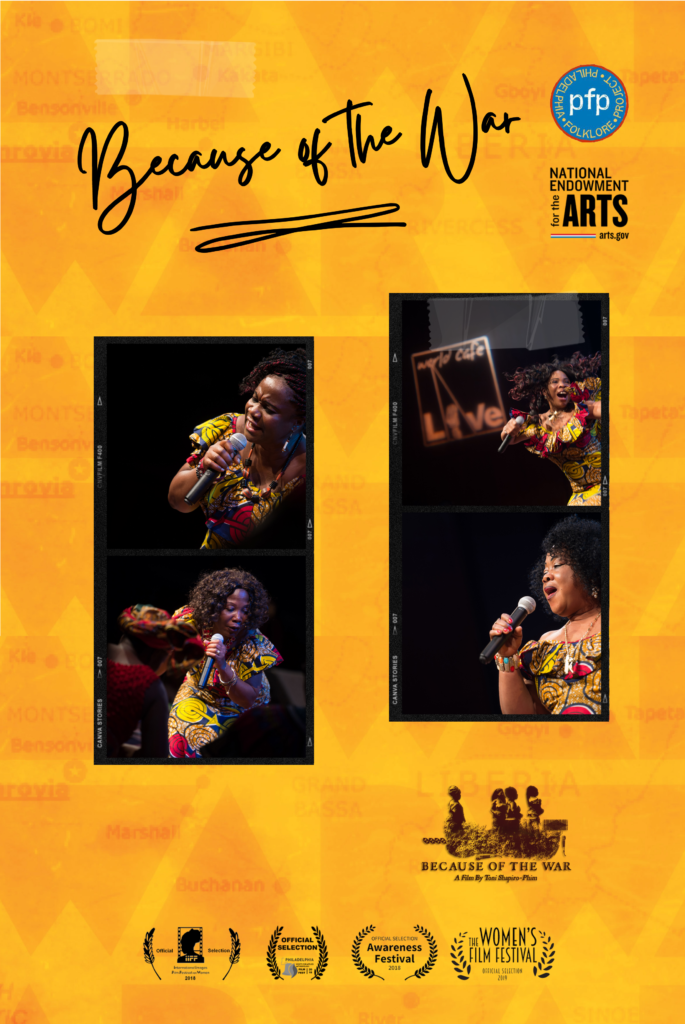 In West Africa and North America, four Liberian women use their music to address injustice and inspire action for social change. By telling the stories of Fatu Gayflor, Marie Nyenabo, Zaye Tete and Tokay Tomah, the Philadelphia Folklore Project aims to link Liberians of all generations and the general public with some of the most renowned traditional Liberian singers and dancers, in order to deepen understandings of the active, constructive roles the arts and artists can take in moments of crisis in the lives of families and communities.

DIRECTOR’S STATEMENT – TONI SHAPIRO-PHIM
“The point is, art never stopped a war and never got anybody a job. That was never its function. Art cannot change events. But it can change people. It can affect people so that they are changed… because people are changed by art – enriched, ennobled, encouraged – they then act in a way that may affect the course of events… by the way they vote, they behave, the way they think.”

Because of the War speaks to the potential for engagement with the arts, whether as creator, performer, audience member or other participant, to move people to positive action. I felt compelled to introduce the broader world to four women — already well-known to Liberians — who, in the face of war in their homeland, re-configured their relationship with traditional music and dance so as to influence the ways that individuals act in the face of conflict and deprivation, with the aim of encouraging social progress in families, communities, and their nation.

In the movie, Tokay Tomah shares that during the war, as a singer, she took on a new responsibility. “I’m going to pass messages over to people who are very bitter. What can I do to make them to turn sweet?” Her decision to compose and perform songs for peace ultimately became part of the fabric of her country’s peace process.

Zaye Tete spent more than a decade in refugee camps, striving to protect and guide her children and other young Liberians, as well as to nurture her culture. She explains: “It was important to have the [dance and music] troupe in the refugee camp …. [to let the young people] know that they are important. They have their dignity.”

Marie Nyenabo’s encouragement of forgiveness between the Liberian war’s victims and perpetrators — through performance — has continued, even among Liberians in diaspora, because, she has noted, “Music can turn someone’s heart around.”

Following the disappearance of her own son in the chaos of the outbreak of war, Fatu Gayflor channeled her anguish through performing for others who were also suffering. “[The grief] didn’t go away,” she says. “But it was okay for us to get up in the morning … Because we had somebody to talk to.” And, in her case, to sing and dance with.

In the U.S., together and individually, Tokay, Zaye, Marie and Fatu are harnessing the potency of their art to educate about and encourage action against intimate partner and gun violence.

It is my hope that these women’s lives and artistry will embolden us all to take some steps, no matter how incremental, to contribute to positive change in our world, and to support and encourage others who are doing just that. I hope, as well, that these stories motivate us to reject assumptions about individuals and groups of people based on geographic or cultural community, place of birth, skin color or religion, profession, accent or gender and so on. I hope the film opens eyes to how people all around us may have inspiring experiences and ideas — indeed, the capacity to change lives.

The journeys of Tokay, Zaye, Marie and Fatu teach us that violence in homes, on the streets or in all-out civil or international wars shatters individuals, families and communities, leaving deep scars that impact how, and if, people can move forward. They teach us, as well, that whatever their backgrounds and current situations, people’s hopes and dreams and knowledge and skills might indeed contribute to the creation of a culture of beauty, innovation and peace. 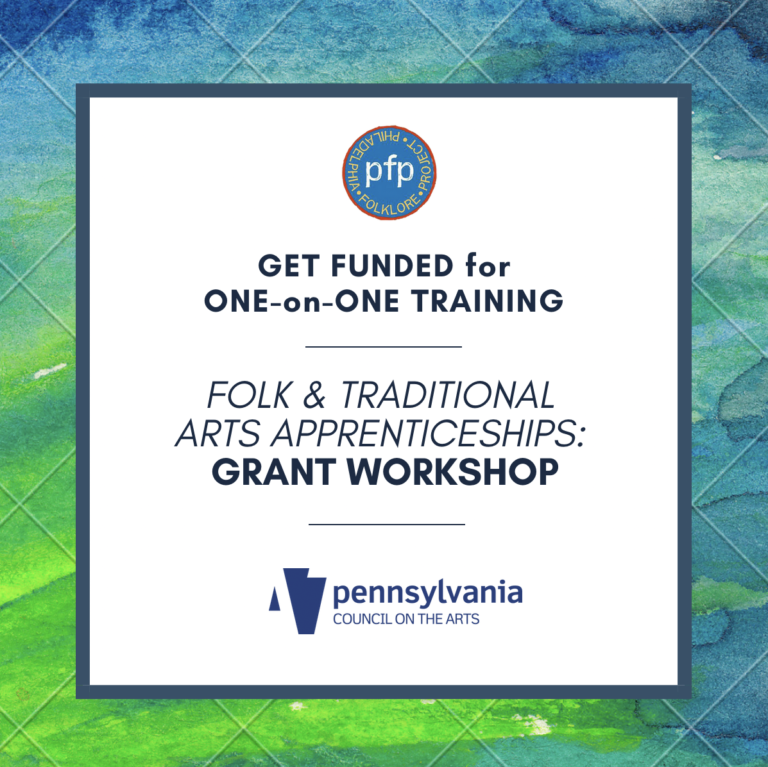 Calling all Artists and Students! Are you interested in applying for a $4,000 grant to fund a personal apprenticeship? If so, the Folk & Traditional 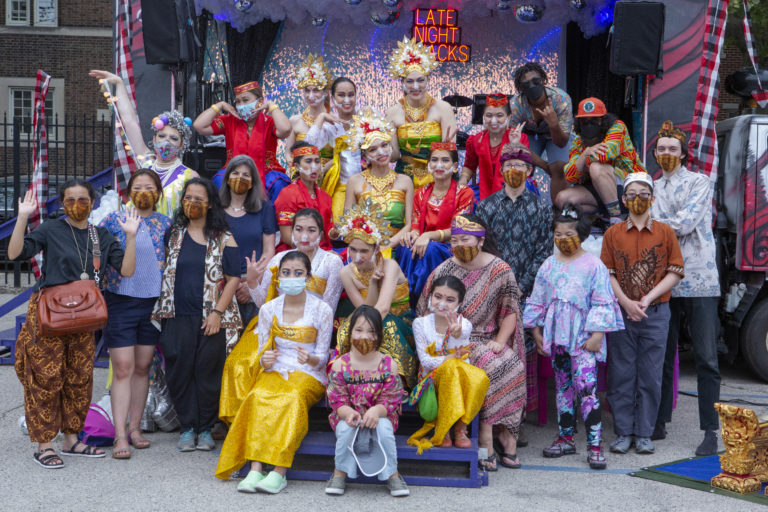 In the summer of 2019, the Philadelphia Folklore Project commenced work with the Indonesian community, concentrated in South Philadelphia, around the practice of traditional music and dance through the Gamelan Angklung Workshop taught by Tom Whitman. The project is in partnership with Modero & Company (Philadelphia-based Indonesian dance ensemble).