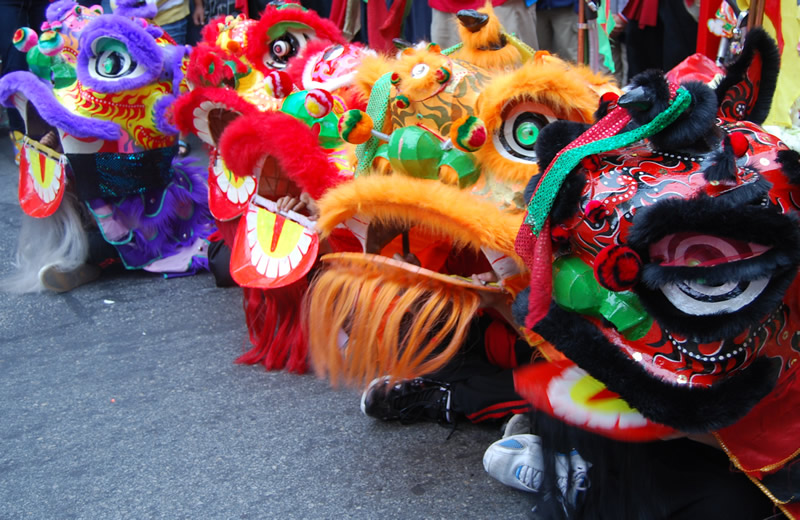 Joan May Cordova and Kathy Shimizu share photographs and block prints documenting the meanings of Chinatown’s Mid-Autumn Festival, a vital celebration of culture and community. Initiated and produced by Asian Americans United (AAU) for 15 years, Mid-Autumn Festival has been a resource for sustaining this last remaining community of color in Philadelphia’s center city, and for pushing back against predatory development schemes. Organized as part of a series of events celebrating AAU’s 25th Anniversary.

To live as an Asian in Philadelphia is to be told in many ways that you don’t belong. Our faces are missing from the media. We aren’t represented in government. Our histories aren’t taught in the schools. Even in Chinatown, Asians are too often shoved aside—by the Convention Center with its busloads of out-of-towners, in streets choked with commuters, and by attempts to push a stadium, a prison, and a casino onto the community. But for the past 15 years, there has been a night when the streets really belong to the people, when who we are and what we do takes center stage.

It started in 1995 when a group of Chinese immigrant youth expressed to Asian Americans United (AAU) members their homesickness and their longing for the upcoming Mid-Autumn Festival—a time of family reunification that was all but ignored here in the US These young people decided to recreate that festival here in honor of the elderly. Four hundred people gathered at the first celebration in the Holy Redeemer parking lot, and a Philadelphia Chinatown tradition began.

Each year, thousands of people crowd the main street of Chinatown for a day and evening of cultural performances, carnival games, arts activities, a lion dance, and a lantern parade. The Festival culminates in a tradition of our own making: a mooncake-eating contest. And most significant of all, the event is community-made: hundreds of volunteers, dozens of businesses, and scores of artists come together to create something reflecting our values and hopes for our slice of the world.

In working for social justice, we need to build a sense of history and belonging-to-place among our people whose lives are marked by dislocation. For our children to have roots, for our families to have a sense of community, for our elderly to embrace memories and discover the power of passing on meaningful traditions, we must continually fight for the time and space to celebrate. Over the past 15 years, the Mid-Autumn Festival has become a focal point for that fight.

This exhibit of photographs and block prints of recent Mid-Autumn Festivals by AAU members Joan May Cordova and Kathy Shimizu is the first event in a yearlong celebration of AAU’s 25th anniversary. A work in progress, the display will be the basis for other documentation efforts. The quotations included here were drawn from gatherings of AAU members, who reflected on the meanings the celebration holds. We thank the following people who were quoted, interviewed or wrote reflections on the Mid-Autumn festival:Mary Banhdith, Alex Buligon, Maxine Chang, Michael Chow, TJ Do, Helen Gym, Judy Ha, Gina Hart, Eric Joselyn, Hon Lui, Dun Mark, Ellen Somekawa, Jade Trinh, Ally Vuong, Debbie Wei, Bai Wei Wu, Andy Zheng.

Joan May T. Cordova began taking photos for AAU during the opening day of FACTS school in 2005. Her work is sustained by connections to history, culture, memory and communities. She is exploring various media to honor community stories. She first published photos of immigration advocacy in 2006 and worked with a Filipino American National Historical Society – Pennsylvania (FANHS – PA) and Scribe video team in 2007. She hopes that her images will reflect the spirit and values found in special moments of AAU’s Mid-Autumn Festival. She invites us all to engage in ongoing dialogue: What does this festival mean to you? To your community? To our city? What elements of history and culture do we remember? Pass on? How does reclaiming culture shape who we are and what our communities might become?

Kathy Shimizu has been volunteering as an organizing committee member and a stage manager for the Mid-Autumn Festival since she moved to Philadelphia in 2006. She created these block prints to try to convey the many aspects of the festival; the community-building, the volunteering, the expression and preservation of cultural heritage and traditions, and the fun and empowerment of gathering the wider community together in Chinatown. Through this project, Kathy hopes to increase awareness of the festival’s mission and give an alternative to the mainstream image of Chinatown while celebrating what makes the Festival so special. 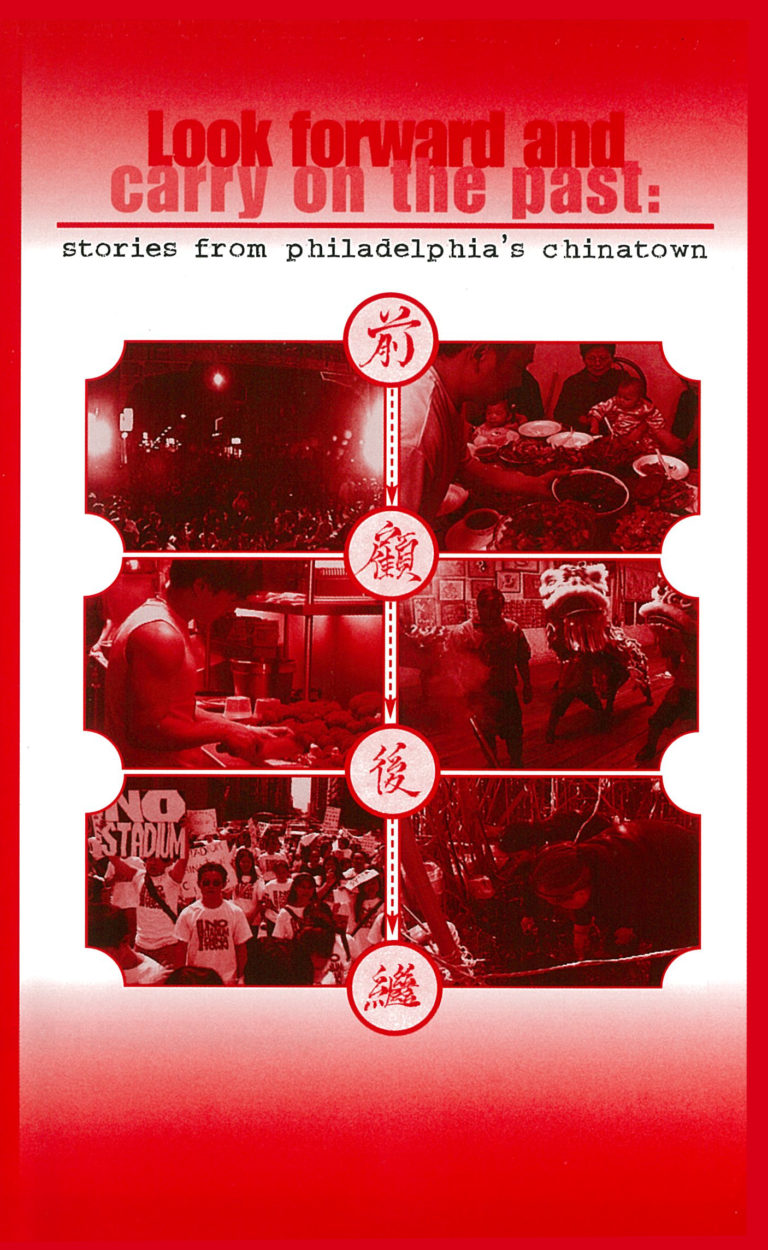 Look Forward And Carry On The Past: Stories from Philadelphia’s Chinatown