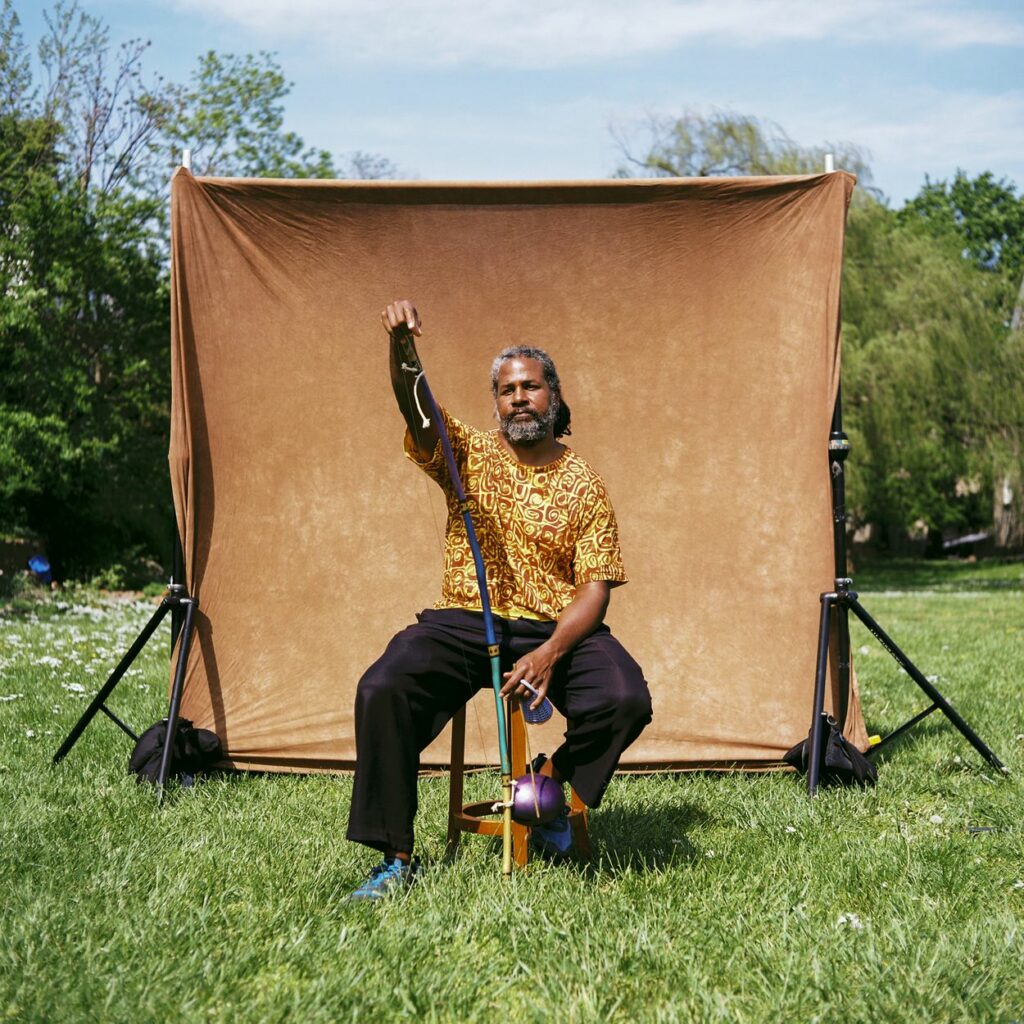 Mestre Kamau co-leads with Contramestre Eva the Philadelphia chapter of the International Capoeira Angola Foundation (FICA), known as FICA Philly. This organization works to foster community growth and enrichment through the preservation of the Capoeira Angola tradition and African history throughout Philadelphia and its regions.

Kamau Blakney holds the title of Mestre (Capoeira Master), given to him by the founding Mestres of FICA at the International Capoeira Conference in Brazil in 2019. He first encountered Capoeira Angola in Atlanta during the early 1990s, while frequenting dance and club spaces during college. When he moved back to his Philadelphia home in 1995, he saw capoeira movements emerge in the dance scene here as well. This piqued his interest, so he delved further into the culture, eventually studying with Mestre Cobrinha and learning from or playing with other greats, such as Mestre Joao Grande, Mestre Themba, Mestre) Angolinha, Mestre) Rosalvo, and Mestre Braga.

For Mestre Kamau, the poetic Capoeira phrase “aqua de beber” (water to drink), symbolizes the wealth of beautiful experiences gained from playing Capoeira Angola. This “water” that Capoeira provides is the self knowledge that you can express yourself in the most unique way possible and connect your creativity with others. It is a water for the mind, body, and spirit. “Having daily access to Capoeira affords me the ability to see the world with a lens of adaptability and swing,” he states.

Over the past thirty years, Mestre Kamau and his group have given demonstrations, held workshops, hosted conferences, and taught children’s classes, locally and internationally (Brazil, Columbia, and Japan). In the Philadelphia area, he has showcased capoeira at Imhotep Institute Charter High School, Hekima Pamoja Cultural Center, Universal Institute Charter School, FACTS School, the Jubilee School, Temple University, and Bryn Mawr College. Mestre Kamau has also provided instruction and performance of Capoeira Angola for programs such as Young Audiences, Enon Baptist Church, Dunya Performing Arts Company, Samuel Powel School, and the Olney Youth Arts festival. As a whole, his group is renowned for their yearly presence and participation at the Odunde African Street Festival.