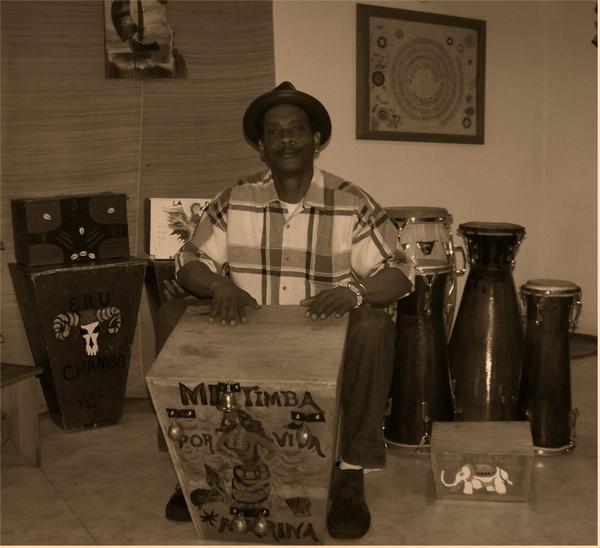 Kenneth “Skip” Burney, aka “Brinquito,” is a drummer, percussionist and teacher of Rumba, Afro-Cuban music, and Jazz. He specializes in Lucumi Orisha music—the Yoruba-rooted music of Cuba, featuring batá drums, congas, shekeres and/or cajones (wooden boxes). A Bronx, NY native, Burney has dedicated his life to preserving this cultural tradition.

His classical training in music began at-home with his mother Madame Lucille Burney and aunt Leontyne Price, then continued at Juliard School of Music where he majored in Voice. Skip’s 54+ years of playing Rumba began in the parks and venues of NYC and later continued on to other parts of the U.S. and Cuba. He studied with Tito Puente, Julito Collazo, Lazaro Galarraga, Mongo Santamaria, Art Blakey, Billy Higgins, and others. Additionally, he was trained and initiated to Añá (the fraternity of Lucumi ritual drummers) by Orlando “Puntilla” Rios. He considers himself “a drummer who happens to sing.” And in the 40 years since meeting Puntilla, he has traveled the world performing, teaching, and serving his community through song and music.